“Anyone Holding the Power Attempts Censor” 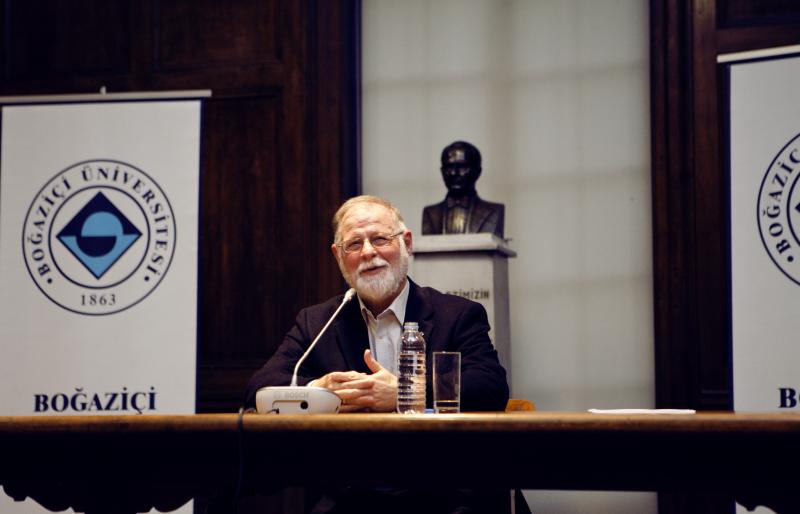 The very first visitor of “Boğaziçi Chronicles” in 2015 has been Alberto Manguel, the famous writer and reader. Alberto Manguel has made impressive statements during the conference about ‘’Borges, Libraries and Pleasure of Reading” about his master Borges, the world of books, power of reading and censorship and stated that anyone holding the power attempted censor throughout history, however the winner had always been the words. Manguel also emphasized that the libraries were a kind of censor tool and he believes that there is at least one paragraph written privately for each person. Besides, Manguel delivered a speech titled  ‘’The Perils of Curiosity’’ at the university on the 14th of January.

The very first visitor of “Boğaziçi Chronicles”, the international visitor programme of Boğaziçi University, has been the famous writer and reader Alberto Manguel. Manguel responded the questions of the attendees and the moderator Meltem Gürle intimately during the interview about ‘’Borges, Libraries and Pleasure of Reading” and has made impressive statements about his past years with the famous writer Jorge Luis Borges, world of books, the power of reading and censorship.

Anyone Holding the Power Always Attempted Censor Throughout the History

Alberto Manguel defined the world as the stage of crazy adults with a quote from “Alice in Wonderland” and stated that anyone holding the power always attempted censor throughout the history, but none of them succeeded. He expressed that powerful people did not like to be questioned much, therefore they tried to censor with vandalizing, scaring or squelching and said, “However this attempt eventually causes the writers to feel the power in their hands. Words and texts has always survived throughout the history despite censor in all cases.”

Libraries are also a kind of censor mechanism

Alberto Manguel stated that each library had a specific order and that systematic cataloguing was also another kind of censorship. He declared that libraries were developed as per preferences of the librarians and said, “Each library reflects the characteristics of the librarian, who develops it. Because cataloguing is dependant on commentary. This is a prerequisite, however it is also directive and prevents access to all information at the same level. This is also a kind of censor.”

There is At Last One Paragraph Written Privately for a Person

Alberto Manguel believes that there is at least one paragraph written for a person privately and said “In a page of a book written by a writer, who has no idea about yourself, there is at least one paragraph describing you exactly. You say, “Here is my story”. Some lucky people can find, read and commit this paragraph into their memory. My library is completely full of books and I know that I won’t have enough time in my life to read all of them, even if I read everywhere under all conditions. But I have to state that I am one of those lucky people, who has found and read more than one paragraphs written for me privately.”

At First, My Only Aim Was to Help a Visually Handicapped Person

Alberto Manguel met Jorge Luis Borges, who shaped his life, when he was working in a bookstore in his youth. He told his story with Argentinean famous writer as follows: “Borges, who was almost blind, was writing his stories in that bookstore. He asked for my help to return and check his previous writings. I read books for Borges between 1964 – 1968. At first, my only aim was to help a visually handicapped person. However his detailed studies on his work like a craftsman and the questions he asked me during the readings, taught me the formulation of life. First, I tried to write as well. But I quit writing when I found out that my writings were not as good as the writings of the writer that I admire. Then I saw that the reader was the one deciding whether or not the book was good, which means reader was more effective than the writer on the book. Therefore I started my studies on reading history. I can read and comment on anything I want, instead of only writing what I am capable of.”

Manguel shall be accommodating in Boğaziçi University until 20th of January to meet with students and academicians, and shall organize workshops on reader-writer relationship, history of literature, language revolution in Turkey and cultural anthropology.

The “Boğaziçi Chronicles” programme, which was designed to contribute to cultural development of Istanbul, shall continue hosting significant artists, writers and philosophers in 2015 as well. The guests of Boğaziçi Chronicles shall meet with students, academicians and Istanbulites, shall be a part of university life, shall make new productions by harmonizing their creativity and experience with Istanbul’s dynamic cultural environment and shall keep chronicles of their experiences. 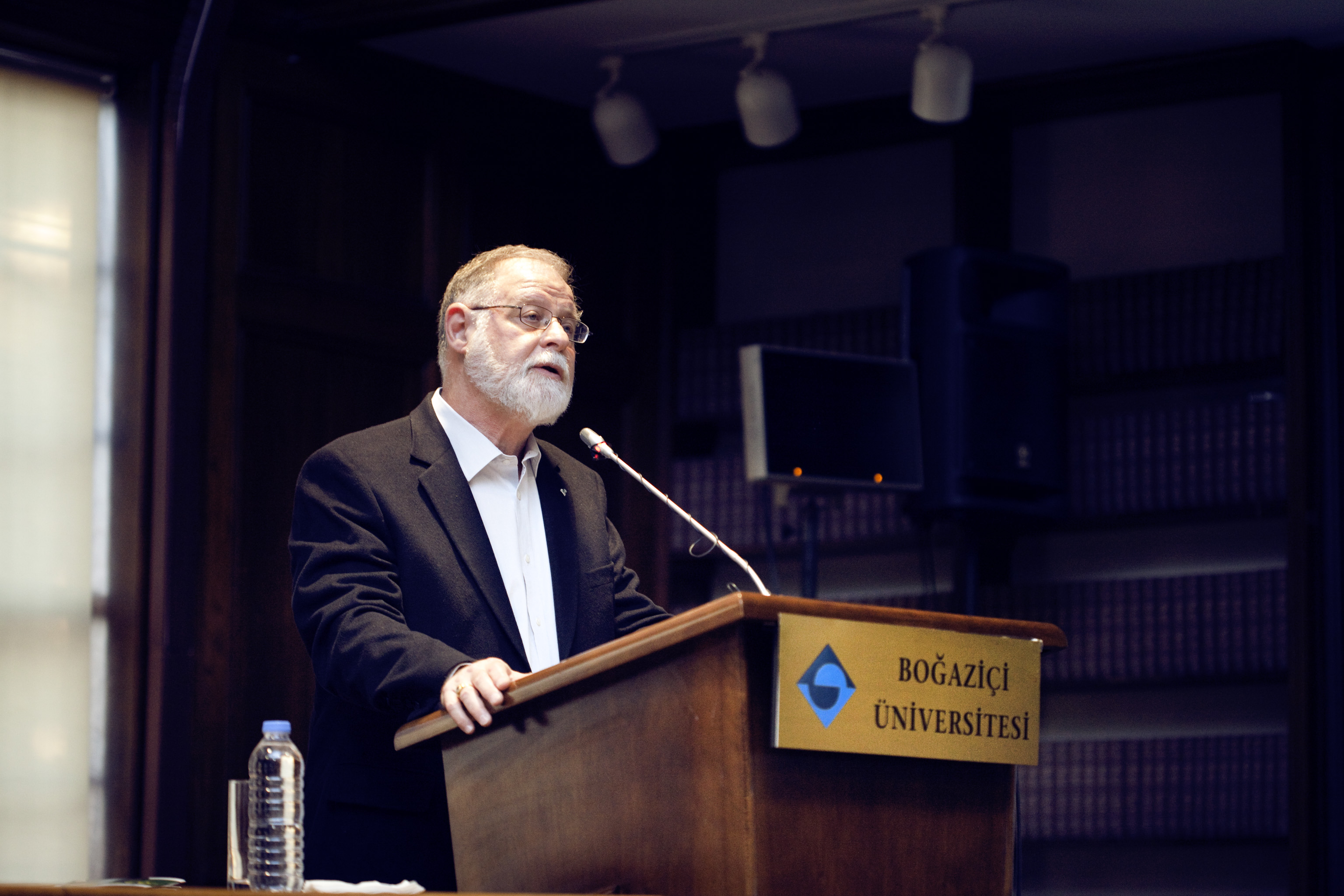 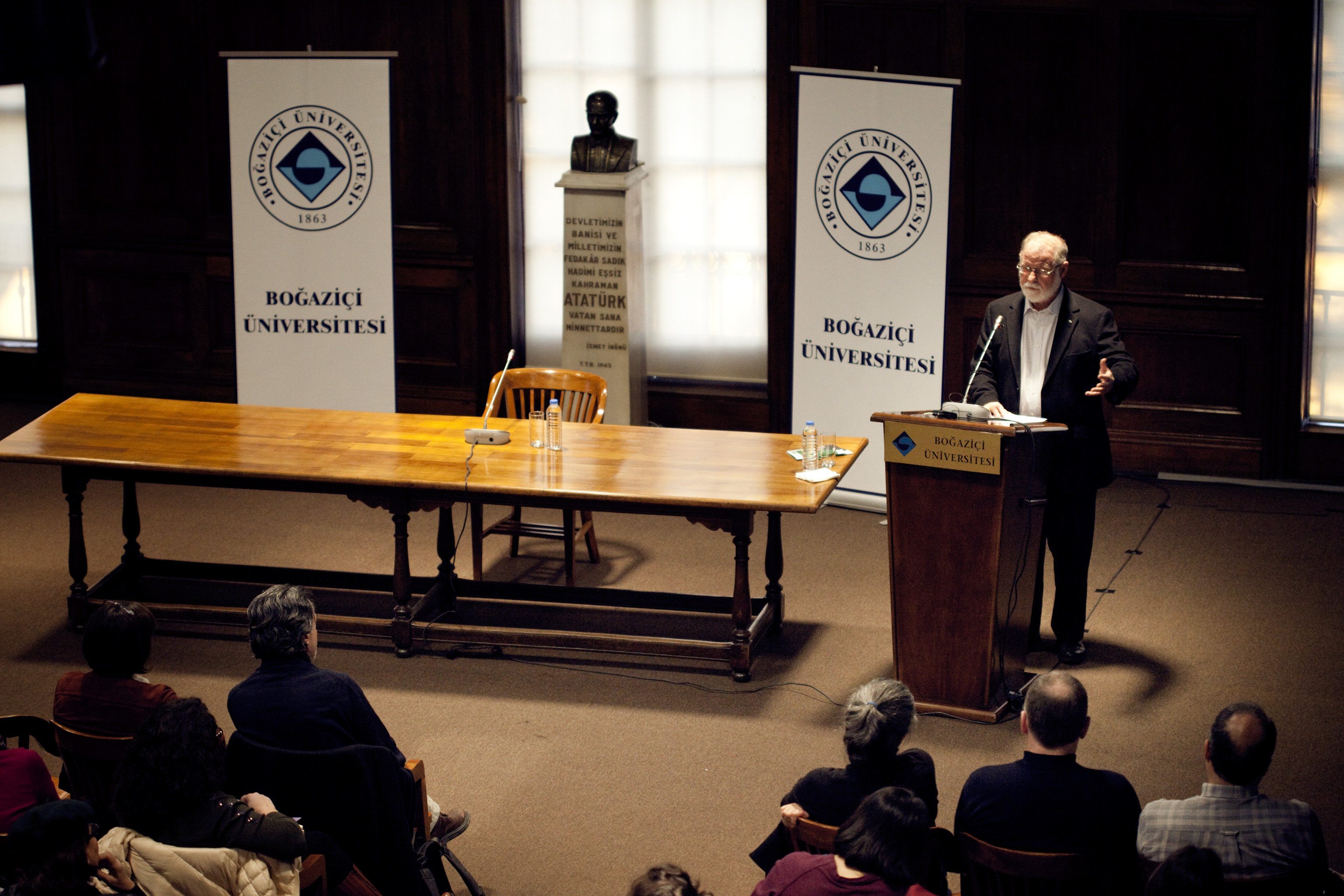 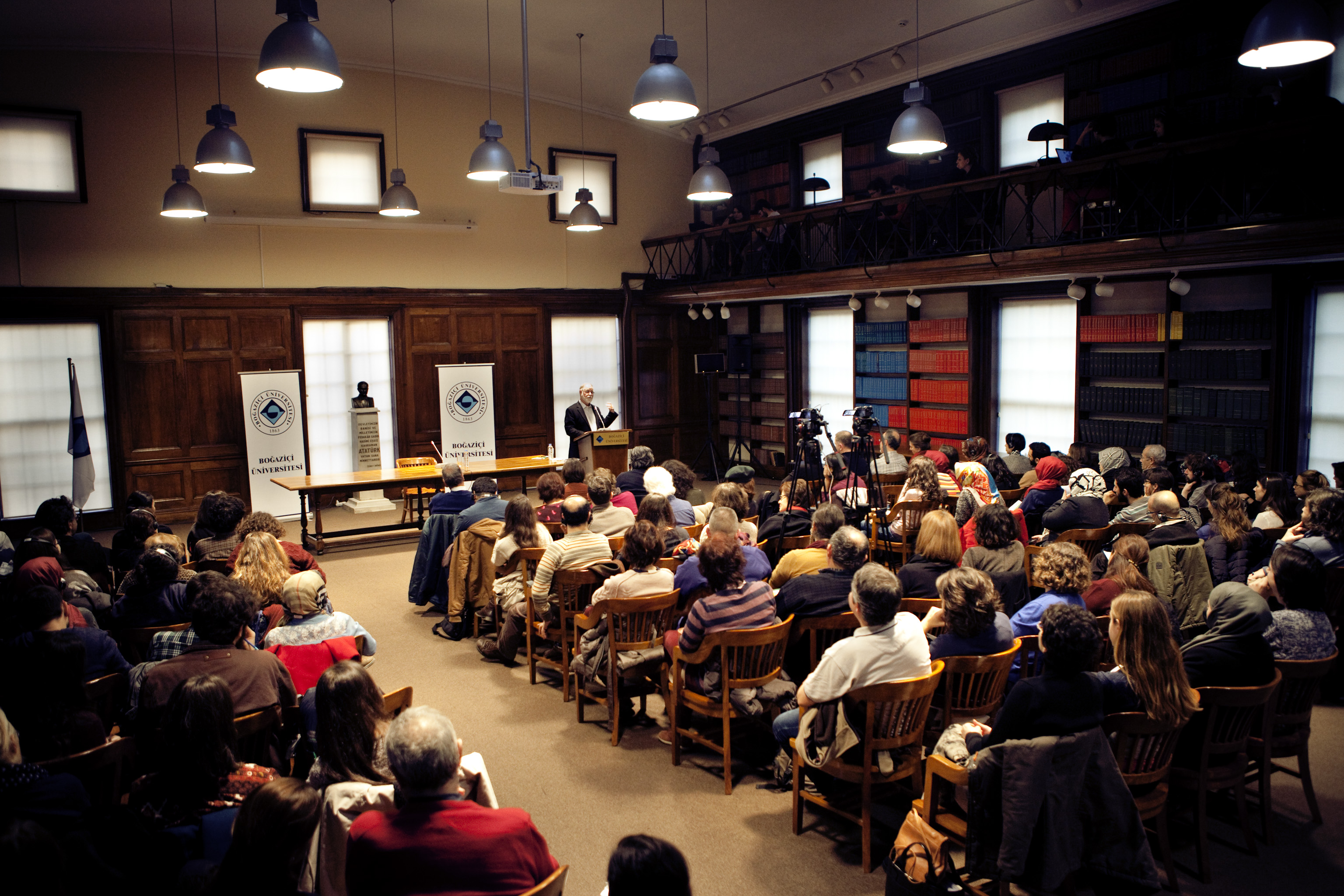 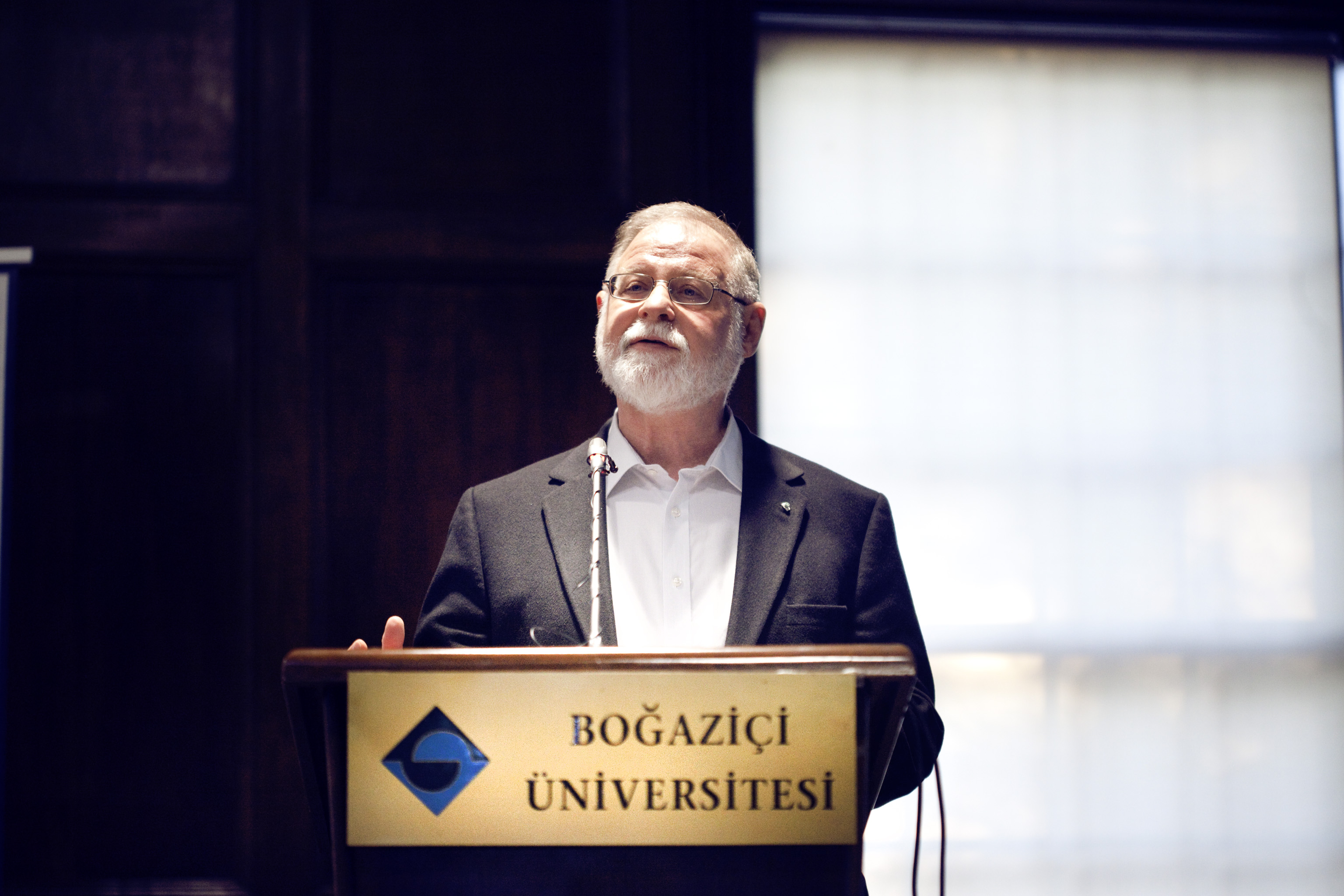 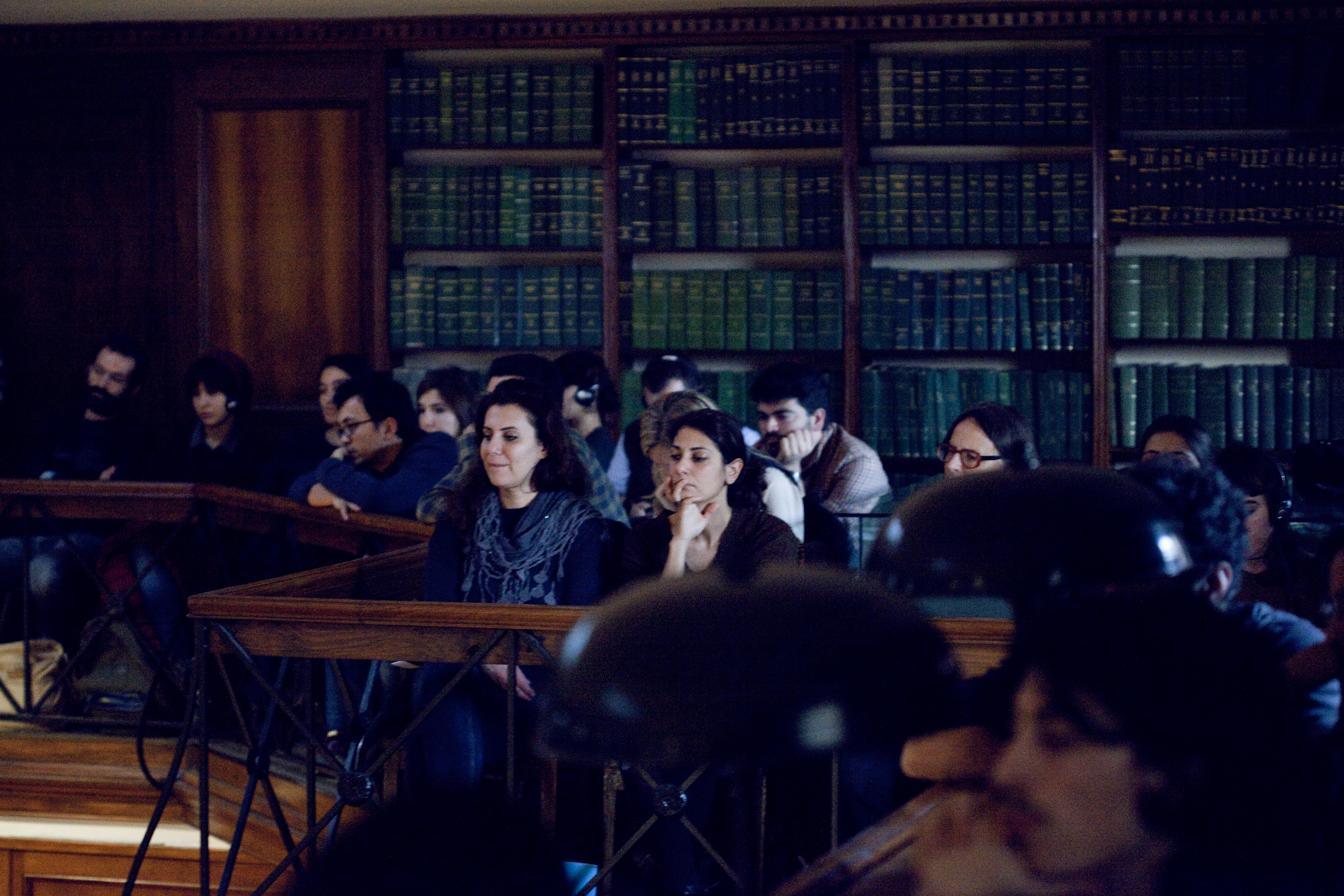