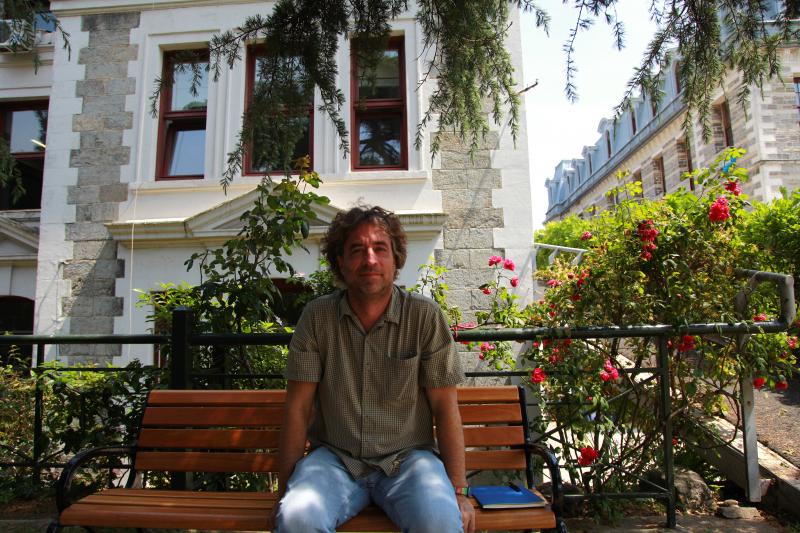 Ceren Özselçuk: I have thought we can structure the interview around some of the key concepts and ideas you have been producing and elaborating in a series of books, co-auhored with Antonio Negri. In a chronological way, I want to start with Empire. It has been quite sometime since Empire was published back in 2000 but I have had the impression that in your most recent work, Declaration, you in a way come back to it. At least there are arguments which in my view connect with your critique of political sovereignty, or your analysis of the reconfiguration of political sovereignty that you began articulating in Empire. So, my first question is, to what extent the processes that you describe in Declaration, like the emergence of the indebted, mediatized, securitized and represented subjectivity, build on your rethinking of sovereign power in Empire, and to what extent these actually point to new developments, new dimensions of the operations of sovereign power.

A second and conceptually more difficult way of formulating the problem is that of thinking of the role of nation states and national sovereignty more generally. Part of what we are starting from is also thinking about the left. In the same way that we thought anti-Americanism is no longer an adequate foundation, the goal of the left seems to us not sovereignty. We want an anti sovereign politics. So even the processes of national liberation which have been important frameworks for social movements and formations on the left for decades seems to us not an adequate framework today. So that brings an argument or discussion within the field of international relations. One group will say that we are in an age of globalization; therefore, nation states no longer matter. The other side recognizes state still matters, so they really see there is no globalization. We intended the concept of Empire and tried to work it, but this is a difficult terrain, to say that states, especially dominant states are still important, but there has been a qualitative shift where they now have to function within a larger structure. And that’s how we understand Empire: a larger structure in which national sovereignties still play an important role, of course, some more than others, but that the nation state, as a sovereign unit, is conditioned in a way greater than it was before by a global system. I guess there are two arguments with regard to the question regarding sovereignty here. One is that national sovereignties are becoming qualified by a larger structure in which they have to operate. And the second is that left shouldn’t in our view aim towards sovereignty. Sovereignty is not the only terrain of politics. Many have thought this in the past. How to think something like democratic autonomy outside of the framework of sovereignty becomes one way of articulating that project for the left. I still have not come to the actual…

C.Ö: I also had a framing in my mind, in relation to your theses in Declaration, like “oh, this is a new phase of neo-liberalism” and that’s what I was imposing onto the question.

M.H: That’s an interesting question; I sort of felt the need to go back and deal with the bigger things.

C.Ö: I think this gives us another way to connect the arguments in Empire, this time, to your talk, “Where Have All the Leaders Gone?” at Boğaziçi University. There, you differentiated the new cycle of struggles of 2011-2012, which you characterize as “rooted in territory,” from the previous cycle of what you characterize as the “nomadic events” of 1999 Seattle and 2001 Genoa protests. Following up with this distinction, could we think about this new cycle of struggles also as providing another kind of questioning of the nation state form? That is, in Empire nation state has to operate in a larger context, which leads to a crumbling of sovereignty, but can we also say there is the “from the below” crumbling of sovereigny through these struggles? Or, to put it in other words, to what extent are these struggles anti-nation state struggles?

M.H: In some ways I see those two cycles of struggles as complementary, but they have much to learn from each other. Many of the obvious and just critiques of what was called then global justice movement or alter globalization movement involved its nomadic character: moving from one summit protest to another or meeting in Porto Allegre in Brazil, or once a year having the world social forum in different locations. One of the attempts during that movement ten years ago was precisely to recognize the nature of globalization.  That was its immediate task. In fact, the movement was great at revealing the new controlling power sources in the global system. I saw it as a kind of experimentation of illuminating nodes in that network, like one week we would recognize the World Trade Organization, and next week we would do the World Bank and the IMF, next week we would do G8 meeting. And travelling from one summit to the next was a kind of pedagogy in the elements of the global system. But everyone recognized at the time that this global project lacked a kind of material engagement with localities.

In that way one should say that the cycle of struggles since 2011, and in some ways the ones in 2013 are firmly located in the local. In fact, each encampment not only has the city as its focus, but even specific neighborhoods. The post Gezi moment is one example of that: neighborhood forms trying to articulate with very specific projects. The risk in this current cycle of struggles seems to me is losing contact with the global view. One of the ways of addressing that is by recognizing the linkages among the different national situations. So, in the very local struggles in İstanbul or Ankara if one can see that in Saõ Paulo and Rio de Janeiro there are fairly similar things going on with resonances that can help articulate the local with a larger structure.