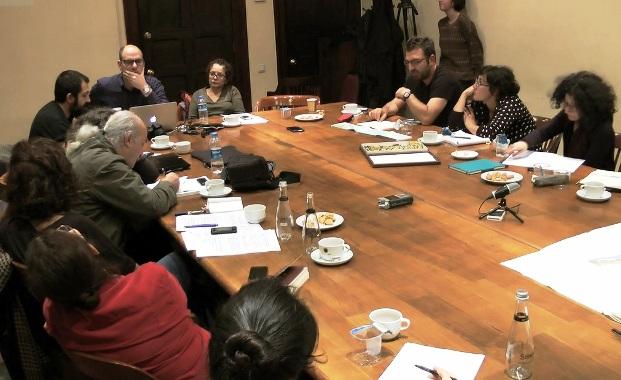 The impact of Gezi Resistance on the media and visual culture was very powerful. The failure of the mainstream media to cover the events (symbolized by the image of a penguin referring to the documentary on penguins broadcasted by a prominent news channel during the first violent days of the uprisings), exposed once again the compromised position of the news media squeezed between corporate and political power as well as intensifying conditions of censorship and oppression for journalists and researchers. As the traditional outlets of information and platforms that function as public spheres for deliberation, debate and negotiate disappear, new forms of alternative and social media began to function as networks where news is collected and disseminated and as platforms that short-circuit mechanisms of censorship and control so that political debates can take place.

The art scene, on the other hand, highly involved in all the episodes of the movement found an opportunity to put into practice its prior explorations and investigations of political and social issues; artists were suddenly invited to put the political discourses they were articulating in their works over the last two of decades in contact with concrete political and social struggles. The institutional frames, the conditions of the intersection between art and politics, the impact of the art market and corporate sponsorship on art production, the sheer absence of public support for arts are more than ever put on the table as the Gezi Movement provided a new and autonomous platform, a commons (which is neither private nor public) to discuss and act in order to reconfigure the conditions of our visual culture.

Susan Buck-Morss, established professor of political philosophy, well-known for her interdisciplinary theoretical works, during her residency at Boğaziçi University, joined artists, activists, media and communication professionals and researchers to engage in a conversation on visual culture and, in particular on the processes of production, circulation and appropriation of images. Touching on arts, politics and media and taking stock of the Gezi Resistance experience, the roundtable explored:

the roundtable will soon be online @ jadaliyya